I mean surely I’m not the only one who feels this way? Or maybe I am? Whatever this is a post for praising her light.

Some people get hung up on John Lennon or Kurt Cobain or Janis Joplin….but folks let me simply say get your life together! Brittany Murphy was a saint!

Every once in a blue moon I must have my own Brittany Murphy movie marathon. I’m sure I don’t have to say which movies but I will…shortly. The impressive thing about her to me is that I believe her emotions to the fullest so yes it’s weird now to watch her movies because she’s dead and all.

So while some of you may not spend Saturdays alone watching Little Black Book like me that doesn’t mean you’re any less of a fan than I. It just means that I am cooler than you!

So let’s take a journey back in time and remember the greatness that is Brittany Murphy. We can learn about her and love her together! Magic School Bus style!!!!

Before She Was Clueless!

Did you know she was on a TV show called Drexell’s Class? I didn’t! It’s about Mr. Drexell doesn’t pay his taxes and the court gives him the choice to go to jail or work in a grade school until he pays his taxes off. Interesting premise huh? She played his daughter, I’m sure she was proud of her pop. You may also recognize little Jason Biggs in the front. 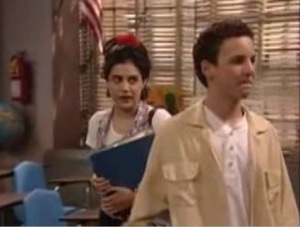 Do you remember that one time she was on Boy Meets World as Trini, Topanga’s ‘weird’ friend. Which actually says something, for those of us who watched Boy Meets World, that she was Topanga’s weird friend! 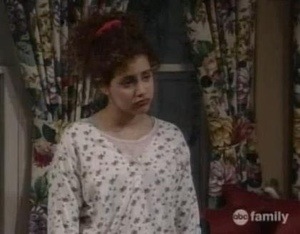 Or how about when she played Sarah on Sister, Sister. She was the one that was jealous because Tia/Tamara one of them was her best friend before she knew she had a twin. I mean lock it up Sarah you can’t come before a newly discovered sister!…oh and GO HOME ROGER! (inside joke for all those Sister, Sister fans out there)

Let us all now remember the glory that was Tai Frasier! 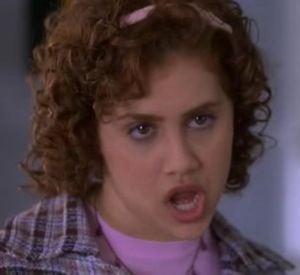 Tai: Why should I listen to you, anyway? You’re a virgin who can’t drive.
Cher: That was way harsh, Tai. 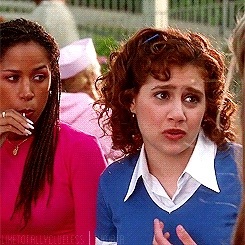 Cher: Are you talking about drugs?
Tai: Yeah.
Cher: Tai, how old are you?
Tai: I’ll be 16 in May.
Cher: My birthday is in April and as someone older, can I please give you some advice? It is one thing to spark up a doobie and get laced at parties, but it is quite another to be fried all day.

Tai: Cher, I don’t want to do this anymore. And my buns: they don’t feel nothin’ like steel.

Tai: I could really use some sort of herbal refreshment.
Dionne: Oh, well we do lunch in ten minutes. We don’t have any tea, but we have Coke and stuff.
Tai: No shit. You guys got Coke here?
Dionne: Well, yeah.
Cher: Yeah, this is America.

Tai: Man, this party is ragin’.
Cher: Let’s do a lap before we commit to a location.

Tai: Wow, you guys talk like grown-ups!
Cher: Well, this is a really good school.

Tai: Shit, you guys, I have never had straight friends before! 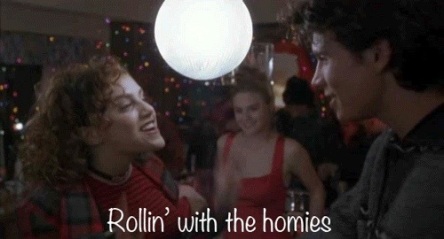 and so sad when Elton was rollin anymore!

Most people haven’t seen Drop Dead Gorgeous but they probably should! I’m sorry but it’s one of the funniest movies ever!!!!

This is her best scene! 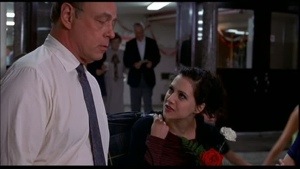 I cannot recommend this movie enough!

The next movie I can assure most of you have seen would be Girl, Interrupted. For one she was a crazy bitch who ate? her chickens but also rebuilt the skeletal structure.

kills herself it makes me sad because she’s dead too. I don’t really know the logic behind it but it’s a really sad moment.

When she did the movie Don’t Say A Word. She played another crazy bitch but you could trust her… 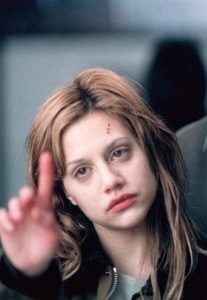 because she would never tell!

In Riding in Cars with Boys she played Drew Barrymore’s best friend. Best scene is when Drew’s character finds out she’s pregnant and confides in her friend to help her tell her parents. So they reenact how that scenario would go.

She got to team up with Dakota Fanning in Uptown Girls. In all honesty I think this movie was completely underrated! I thought it was a great performance from both actresses. I know my friend Brittany Bulva cried during this scene.

One of her last big movies was Little Black Book. Now this movie didn’t do so hot at the box office which affected her career. Sadly that’s what happens in the entertainment industry. Anyone who has seen it knows she kills the ending confrontation when she realizes her boyfriend would be better off with his ex.

Then realizes her best friend set her up to have the confrontation on live television it was EPIC!!!

Stacy: I should tear your eyes out right now, but how would you ever be able to look at yourself in the morning?

The ultimate burn that I hope one day I remember to use on someone.

I didn’t mention all her movies, it would make this way too long.

I did want to throw it out there though that she has a song called Faster Kill Pussycat with Paul Oakenfold it’s one of my staple jams. I like to go hard to it. It’s fine!

At the end of the day I don’t know that anyone really knows what happened that led to her death. Seeing as how it was listed as pneumonia being the main cause of death and the fact that her husband died mysteriously a year later. It’s all just simply crazy!

I think the one thing we can honestly learn from her after all these years is just keep those we love close and keep rollin’ with our homies!