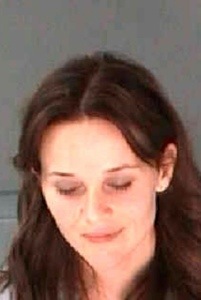 The bad thing about getting the nickname America’s Sweetheart is when you fuck up…people will always remember the blunder. Reese ‘do you know who I am?’ Witherspoon was arrested for disorderly conduct while her husband was arrested for a DUI. Somewhere out there Ryan Philippe is having a nice laugh.

Snoop ‘Dogg’ Lion’s 4/20 party got shut down…I mean why even try to have a 4/20 party Snoop? You already know they be watching yo ass you can’t try and get away with that shit. 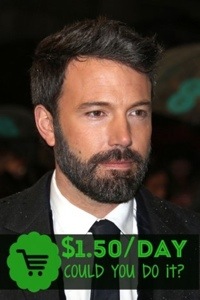 Ben Affleck is going to live for 1.50 a day to call attention to Poverty. Unless Ben is moving into a cardboard box instead of his mansion it really doesn’t call much attention to anything but douchiness.

Apparently Zooey Deschanel was behind the bombing…shame on you Zooey!

Fox in a surprising twist renewed Glee for a 5th and 6th season…seriously Fox? Why prolong the agony? 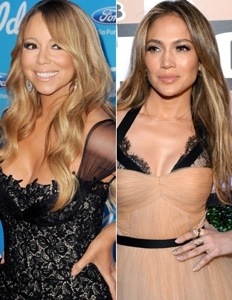 Rumor has it that due to the failing and consistently falling ratings for American Idol that producers were considering bringing JLO back to replace Mariah as a midseason shake up. Mariah’s team but a stop to it but realistically how EPIC would that have been? You know Mariah wouldn’t be having that shit.

Apparently Beyonce has banned photographers from her concerts so that pictures like the one above don’t happen again. Oh Beyonce please stop acting like a rich bitch it doesn’t look good on you!

This guy, Jonathan Broyhill, stabbed both the bride and groom in a wedding. Jonathan was the Best Man….seems like the groom should have picked somebody else….

According to new reports there is talk of wanting to reboot Guys & Dolls…at the top of the casting list currently sits Joseph Gordon Levitt and Channing Tatum….Yes please!

Ladies and Gentleman I present my favorite sorority girl of all time!!!!! Rebecca Martinson and her mad rant y’all!

If you just opened this like I told you to, tie yourself down to whatever chair you’re sitting in, because this email is going to be a rough fucking ride.

For those of you that have your heads stuck under rocks, which apparently is the majority of this chapter, we have been FUCKING UP in terms of night time events and general social interactions with Sigma Nu. I’ve been getting texts on texts about people LITERALLY being so fucking AWKWARD and so fucking BORING. If you’re reading this right now and saying to yourself “But oh em gee [first name redacted], I’ve been having so much fun with my sisters this week!”, then punch yourself in the face right now so that I don’t have to fucking find you on campus to do it myself.

I do not give a flying fuck, and Sigma Nu does not give a flying fuck, about how much you fucking love to talk to your sisters. You have 361 days out of the fucking year to talk to sisters, and this week is NOT, I fucking repeat NOT ONE OF THEM. This week is about fostering relationships in the Greek community, and that’s not fucking possible if you’re going to stand around and talk to each other and not our matchup. Newsflash you stupid cocks: FRATS DON’T LIKE BORING SORORITIES. Oh wait, DOUBLE FUCKING NEWSFLASH: SIGMA NU IS NOT GOING TO WANT TO HANG OUT WITH US IF WE FUCKING SUCK, which by the way in case you’re an idiot and need it spelled out for you, WE FUCKING SUCK SO FAR.

This also applies to you little shits that have talked openly about post gaming at a different frat IN FRONT OF SIGMA NU BROTHERS. Are you people fucking retarded? That’s not a rhetorical question, I LITERALLY want you to email me back telling me if you’re mentally slow so I can make sure you don’t go to anymore night time events. If Sigma Nu openly said “Yeah we’re gonna invite Zeta over”, would you be happy? WOULD YOU? No you wouldn’t, so WHY THE FUCK WOULD YOU DO IT TO THEM?? IN FRONT OF THEM?!! First of all, you SHOULDN’T be post gaming at other frats, I don’t give a FUCK if your boyfriend is in it, if your brother is in it, or if your entire family is in that frat. YOU DON’T GO. YOU. DON’T. GO. And you ESPECIALLY do fucking NOT convince other girls to leave with you.

“But [first name redacted]!”, you say in a whiny little bitch voice to your computer screen as you read this email, “I’ve been cheering on our teams at all the sports, doesn’t that count for something?” NO YOU STUPID FUCKING ASS HATS, IT FUCKING DOESN’T. DO YOU WANNA KNOW FUCKING WHY?!! IT DOESN’T COUNT BECAUSE YOU’VE BEEN FUCKING UP AT SOBER FUCKING EVENTS TOO. I’ve not only gotten texts about people being fucking WEIRD at sports (for example, being stupid shits and saying stuff like “durr what’s kickball?” is not fucking funny), but I’ve gotten texts about people actually cheering for the opposing team. The opposing. Fucking. Team. ARE YOU FUCKING STUPID?!! I don’t give a SHIT about sportsmanship, YOU CHEER FOR OUR GODDAMN TEAM AND NOT THE OTHER ONE, HAVE YOU NEVER BEEN TO A SPORTS GAME? ARE YOU FUCKING BLIND? Or are you just so fucking dense about what it means to make people like you that you think being a good little supporter of the Greek community is going to make our matchup happy? Well it’s time someone told you, NO ONE FUCKING LIKES THAT, ESPECIALLY OUR FUCKING MATCHUP. I will fucking cunt punt the next person I hear about doing something like that, and I don’t give a fuck if you SOR me, I WILL FUCKING ASSAULT YOU.

“Ohhh, I’m now crying because your email has made me oh so so sad”. Well good. If this email applies to you in any way, meaning if you are a little asswipe that stands in the corners at night or if you’re a weird shit that does weird shit during the day, this following message is for you:

DO NOT GO TO TONIGHT’S EVENT.

I’m not fucking kidding. Don’t go. Seriously, if you have done ANYTHING I’ve mentioned in this email and have some rare disease where you’re unable to NOT do these things, then you are HORRIBLE, I repeat, HORRIBLE PR FOR THIS CHAPTER. I would rather have 40 girls that are fun, talk to boys, and not fucking awkward than 80 that are fucking faggots. If you are one of the people that have told me “Oh nooo boo hoo I can’t talk to boys I’m too sober”, then I pity you because I don’t know how you got this far in life, and with that in mind don’t fucking show up unless you’re going to stop being a goddamn cock block for our chapter. Seriously. I swear to fucking God if I see anyone being a goddamn boner at tonight’s event, I will tell you to leave even if you’re sober. I’m not even kidding. Try me.

And for those of you who are offended at this email, I would apologize but I really don’t give a fuck. Go fuck yourself.