2016 has been a hot ass mess…but there are some things to be Thankful for…at least I think so!

END_OF_DOCUMENT_TOKEN_TO_BE_REPLACED

America….who even are we right now?

I heal with humor. So making fun of situations makes me feel better. Hopefully it will do the same for you!

END_OF_DOCUMENT_TOKEN_TO_BE_REPLACED

Back in 2005 I was living in Woodland Hall at SIUE. My parents decided that they didn’t want to pay for me to live on campus anymore. I’m obstinate so I disagreed with them. So I played the dog card.

‘If you buy me a puppy I’ll move back home’

Some how this actually worked…I’m still shocked.

My dad set the rule that the new dog had to be a German Shepherd. Which I was fine with if I found one that I liked. I mean this was my bribe dog after all! So my mom and I went to the SIUE Adopt A Dog event on campus. Upon arrival I had my eyes set on a giant fluffy Great Pyrenees named Gandalf. He was the biggest dog I’d ever seen and of course I wanted him! I was given a very firm NO on Gandalf…

So we continued on our journey through the event and I set my eyes on a puppy whose lease was tied to a metal tent pole from keeping her from going anywhere…this dog was NOT feeling being tied up to the pole so her solution was to try to gnaw her way through the metal pole to freedom. I appreciated her tenacity and decided this would be my dog! She hadn’t been spoken for yet so we just had to adopt her and she would be mine forever.

Her name was Dot….wasn’t feeling it….so from that day on she was known as Chloe Ann and she was my baby! 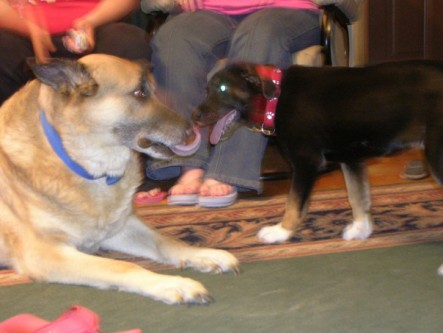 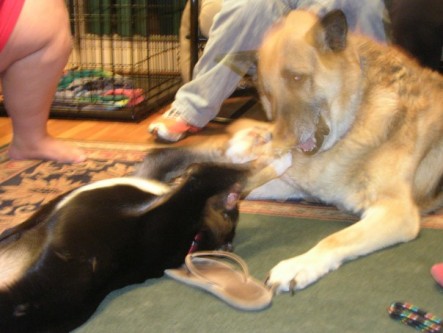 She was the cutest thing on four legs! Chance was of course her favorite new toy. Because there is nothing a puppy enjoys more than bothering an older dog!

When Chance died a part of her did too. She developed this type of Anxiety where everything was scary. Like entering and exiting the house was terrifying to her and she would panic right as she was about to walk out the door. Manageable for the most part though.

Some of the things I’ll miss is being woken up in the middle of the night because she decided she wanted some petting. Just bursting her way through the door as loudly as possible and breathing on my face until I woke up to get the job done. 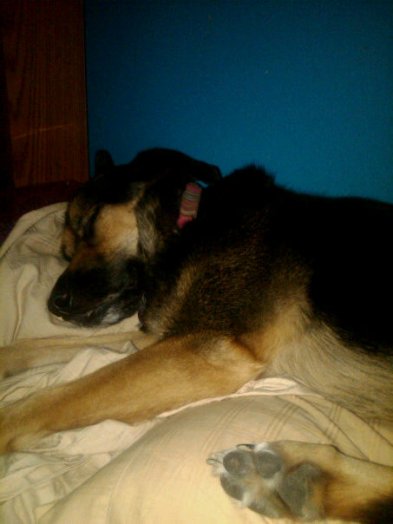 I’ll miss lazy days on the couch looking at whatever weird thing her face was doing in the moment. Always perfectly adorable. 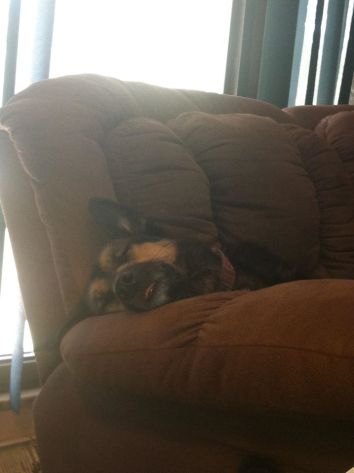 I will miss putting outfits on her that she absolutely hated! But wouldn’t take them off until I wasn’t looking. 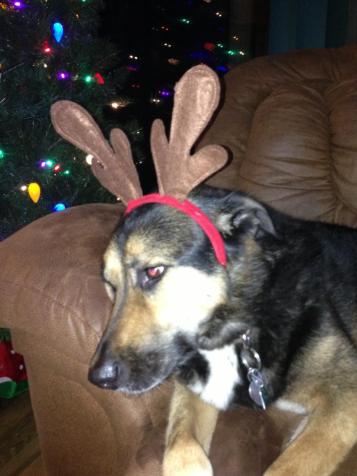 I will most definitely miss her smile! If you’ve been lucky enough in life to have a dog that smiles then you’ll know what I’m talking about. After a long day, to be able to come home and receive a smile of pure love and happiness is truly a gift that I hope anyone who reads this is fortunate to receive one day. 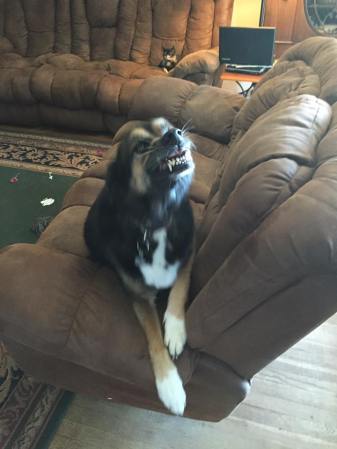 When I found her on Sunday morning I knew before I was even close to her that she was gone. My whole heart sank. Even when a dog gets older you don’t think it’s going to just happen like that. I’m glad that I stayed in on her last night. Chloe had a good night! She had Vin Hoa. She had some ice cream. She enjoyed nice warm sheets on the bed right out of the dryer.

I just have to sit here and collect my thoughts on the whole situation. Try not to dwell on the what ifs or punish myself for not being there for her.

She had an amazing life! She was loved by many! She’ll be missed by many!

So I just want to discuss some of the very unfair things we have to do as adults that we just weren’t prepared for!

END_OF_DOCUMENT_TOKEN_TO_BE_REPLACED

If you ever attended SIUE then these will most likely make sense.

If you haven’t then it probably won’t…but that’s fine it’s still kinda funny.

It’s also been ages since I attended SIUE so this could seem dated because I went there eons ago! But hopefully you find something here you can relate to!
END_OF_DOCUMENT_TOKEN_TO_BE_REPLACED