Before we were adults there used to be this magical think called a sick day.

A day when you could just be home and have a slight sniffle. Enjoy some Campbell’s chicken noodle soup and curl up with some fluids and watch the boob tube.

Now you have to be like really sick to think about taking a sick day. Because as an adult you just don’t have time to be sick.

But if I were to get sick tomorrow I can say that the Daytime TV would be poor quality compared to the shows we had then! Also it would probably be spent catching up on my DVR.

She was like America’s fairy godmother! We worshiped her…but not enough to watch OWN

We had Jenny Jones

Honestly there was never a boring episode of this show! From bad ass kids getting sent to boot camp to little kids dressing like sluts…it was daytime TV gold!!!

We had Maury before the paternity tests

Believe it or not he actually used to do real human interest stories. I always loved the episodes when he would bring kids with rare illnesses and disabilities and make their wishes come true. But I guess America just wants to know who the father is!

We had Sally Jesse Raphael

I don’t know if anyone really watched her show…but we all know what she looks like! And isn’t that enough?

We had Bob Barker

He was the best! There wasn’t a single person who didn’t want to win something from Bob!

We had Kid’s WB

Animaniacs, Batman: The Animated Series, Pinky and the Brain, Freakazoid, Tiny Toon Adventures, Batman Beyond! I mean we were incredibly lucky!

Here is the deal….the reason people still talk about the Nickelodeon shows from the 90’s was because they were GOOD! They didn’t kill every brain cell like the current programming they have. They would be smart to just launch a new network completely dedicated to their old shows!

I never actually voted…but I would get pissed about the results. I also really hated Carson Daly…like what was with painting like one fingernail black…he was the ultimate poser!

We had Ricki Lake

We had reruns of Supermarket Sweep

We had the Disney Afternoon

We had fat Al Roker 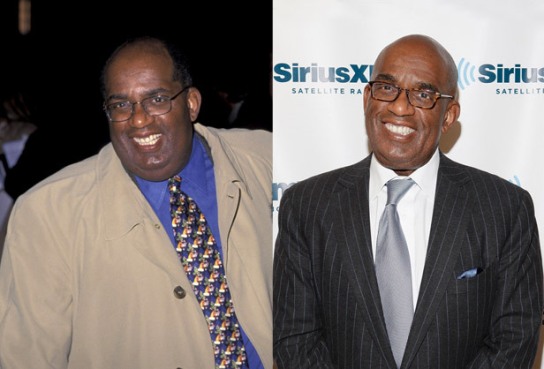 He’s pretty braggy for someone who cheated his way into weight loss…just saying!