Who would have thought that 2 years ago when I started this Hot Mess Express that it would still be going?!?

But I would like to thank everyone for their support! I know it isn’t cute to get messages from me sharing a link to my blog without saying hi first but honestly if you would just subscribe you wouldn’t have to worry about it!

We’ve got a lot of things to cover:

And finally a way for you to get more involved!

What is your stance Obamacare?

I have no problem with it. Partly I think because I’m not an old crotchety person who blames Obama for everything…

For all I know this is one step closer to getting everyone free Healthcare…that’d be nice!

How do u feel being compared to Neville Longbottom?

I hate it! Ugh it was so frustrating to go to a Harry Potter midnight show and have creepy fan girls asking to take your picture…hello i’m not him ya fucking knob!

You know my question is where do you find all the hilarious gifs?

I just will go to google and type in the emotion, feeling or thought I’m looking for a browse until I find the right one.

Sometimes I’ll see a gif and build a whole blog post around it!

This is one question…why do people from out-of-town arrive without a planned place to stay? and then they have no idea what to do and bother people like me for ideas!? Why go somewhere for vacation without some type of plans?

People are fucking idiots! I don’t mind if someone makes the question personal though. Like if you came to the hotel and asked what I like to do in the city for fun or what I like to eat then I’m cool answering it. But when you show up like you didn’t even know what St. Louis was I can’t help you!

What would you do different about your SIUE experience if u did it all over?

1. I would have gone to work out with my roommate all the time.

2. I wouldn’t wait till the last-minute to do my homework.

3. I would have stressed out less about things that were out of my control

4. I would have worked really hard to abolish actors/dancers having to do strike for shows. We didn’t make the mess we shouldn’t have had to take it down.

I can say I wouldn’t change any of my friendships. Good or bad they were worth it at the time.

Why did Ross and Rachel end up together?

Because if they hadn’t the riots would have been the worst thing America has ever seen!

Honestly though with TV series if you get the chance to have a book end ending you have to give the fans a story book ending. The characters have to come full circle. It’s a rule!

If you were a tree what kind of tree would you be?

What was your favorite part about working at a summer camp?

Camp was my adventure. Only one person from my real life knows about what the place was like. So it’s like having a secret shared only with people who lived it.

If you were a Real Housewive what would your tagline be?

I may have a great memory, but I blackout after 3 cocktails!

Who of your friends do you absolutely despise but “fake it until you make it” with?

1. I think despise is a very strong word. So I will say that I don’t think I despise anyone that is currently ‘in’ the friend group. That is to say based on who I view to be in…

I will say this if I have a problem with someone I will generally let them know if I think they’re mature enough to have a dialogue about the situation. Some of our friends I don’t think could handle being told someone has a problem with them so I just don’t bother.

Also to me there is no use starting drama and fracturing the group over petty shit.

I openly invite anyone who thinks I have a problem with them and would like to discuss it to text me and I’d be happy to go over it with them.

What made you want to write blogs and when do you plan on doing stand up comedy (if you want to do that)?

People actually suggested doing blogs for a long while and I just didn’t think it was for me.

If I’m going to do something I want to do it right.

If you go back to the beginning I have a very different blog than I do now. So I like that because it’s mine I have the room to grow.

Now as for stand up that’s definitely something I plan on doing hopefully this year. I must have the material though. I’m funny in the moment, I’m not sure that stand up would work for me. But I’ll give it college try.

I’d like to know what your favorite/most inspiring moment has been since you’ve started coaching speech.

Favorite moment – Anytime one of the kids gets 1st place sticks with you. Because I know that feeling and will always remember that moment. I will say though my absolute favorite was Ms. Marin whisper singing Milkshake on a road trip to Chicago last year. There was no need to whisper so it just cracked my shit up!

Most Inspiring moment – I think I figured out that I had a concept of what I was doing working with Ben last year. The success he had as an individual in an event that was so out of left field for him was truly inspiring.

Why are people afraid of marijuana?

I’m not sure why anyone would be afraid of it…I mean it’s not spiders….although if you smoke enough of it you may see spiders…

Yes – I miss being on stage. Large or small part I just enjoyed the rush. If the opportunity was right and the timing was right I would happily get back on stage.

With that being said I feel like because I do speech I haven’t really left that world. People just don’t really associate the two. But I know you just miss seeing me under the bright lights! 😉

Did you use burger kings wifi to meet local Kalkaska singles?

No…maybe….probably…I remember a story about a trucker….

If you got to pick any two celeb parents (and then 4 grandparents) who would they be. (For grandparents you must also include how you would couple them up). Be sure to include your reasoning/logic behind your choices.

Grandparents – Cher and Goldie Hawn, my lesbian grandmas. But don’t let them know they’re age because it’ll be another trip for some more fillers. We also aren’t allowed to call them gma or any other term for grandma.

As for my other grandparents they’ve both passed away this year. Joan Rivers and Robin Williams. Holidays are a lot sadder.

Would you ever eat at Lam’s Garden?

Okay… If you could lick any condiment off any celebrity, which condiment and celebrity would you choose? Go.

My friend Melissa was kind enough to design some logos for me and I would like y’all to vote on which one you like best! 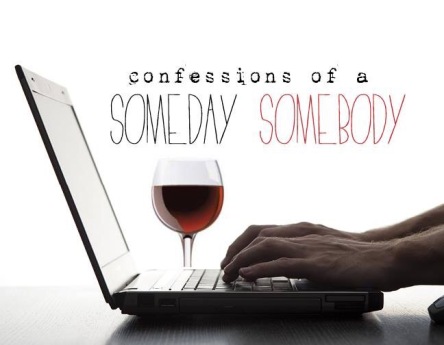 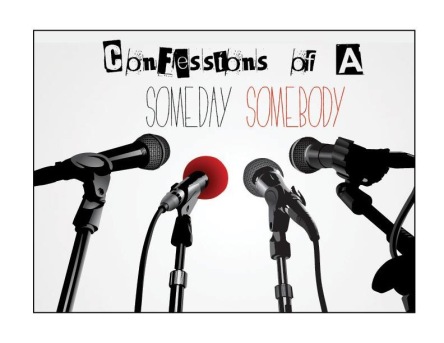 Vote for one and only one! I will have a poll on FB and Instagram as well.

I’ve done a lot of reading on how to get viewership up for my blog. One of the ways suggested was to harass people to subscribe and share. Which would most likely result in this…

So I decided to open my blog up. After all we are all someday somebodys unless you’re already someone in that case

So what that means is if you have a really great idea for a blog post then you can pitch it to me.

You can write it on your own.

You can write it with me.

The choice is yours!

Obviously I’ll keep you in the loop on the numbers. How well your blog is doing.

So if you feel like that’s something you may be interested in please don’t hesitate to ask!

Thank you so much for sticking with me for two years of doing this. I’m sure it isn’t easy and isn’t always funny but it’s very much appreciated!