To celebrate the birth of a dear friend one must go, as they say, all out.

Well we go hard sooooooooooo there is that…..

I myself started celebrating on Thursday without Danny. Got a little drunk it’s fine. Passed out at Alex’s and managed to get myself punched on several occasions in my sleep for moving too much. Because you can control you’re movements while sleeping. There may or may not have been a few snores…but I may remind you I was sleeping. So I can’t be held accountable for that.

Friday morning had to wake him up to run back to IL to check on the pups. Causing someone to be crappy all day. My Bad!

We had some pre party cocktails at Meyer’s Grove. The peanut butter cup martini was legit. Even at the end when it became peanut butter again…laced with alcohol. Then headed down to Erneyney’s to decorate for the evenings festivities. It looked so nice.

Laura and I headed to the restaurant. We were the first ones there so of course we started drinking. Thanks for the Vegas bomb boo! Everyone started arriving slowly but surely despite the message about being prompt…get it together guys!

Finally the birthday boy arrived to his surprise dinner looking totally shocked and excited. Except not! No tears? Get it together! 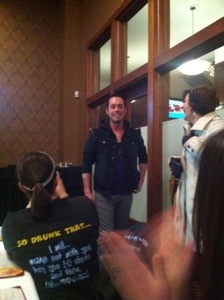 The food was delicious at Mosaic downtown. I did get two entrees that weren’t mine before I got the one that was mine. Thanks to Krull I understand the error. However a shot would have been nice server! 🙂 When dinner was over we dispersed to find our cars.

On the way to the car Laura and I met a nice homeless black man who asked us if we were coming from the auto show to which Laura ripped open her jacket and yelled ‘No we’re coming from the shit show!’ He got a kick out of it. We continued our journey to the parking garage only to find the gates closed and a sign saying we needed to go to the 9th street entrance. So do we walk all the way around this massive building or walk down this alley…

So as we were walking down the alley something made a noise and I ran like a mother fuck. Literally wished Laura well and bolted. This was me after…

First I need to share these shirts that will be worn for all special occasions. Weddings, funerals, Mitzvahs…as you can see it says Shit Show 2013 on the front. On the back we all got to put something special about our drunk personalities. 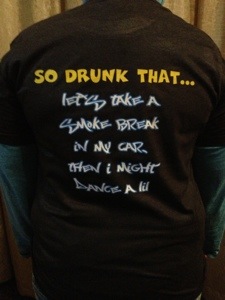 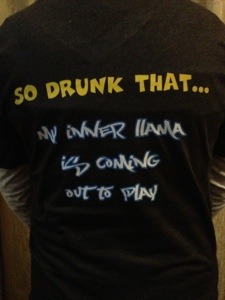 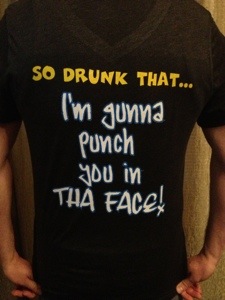 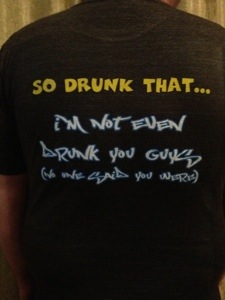 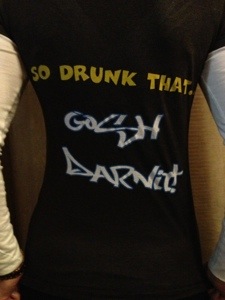 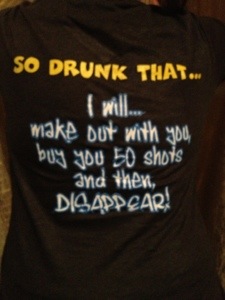 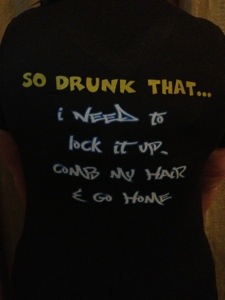 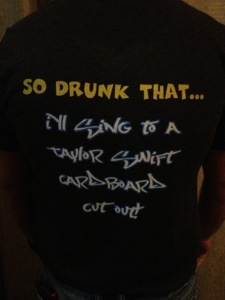 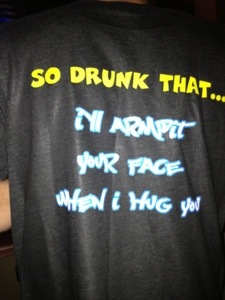 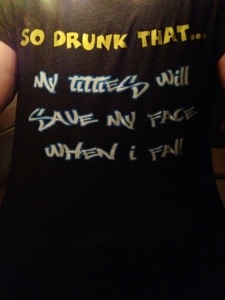 Mazel on those curls 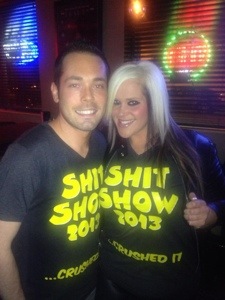 Laura your boob looks large from this angle

I mean Nikki photobombed this 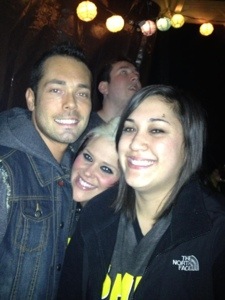 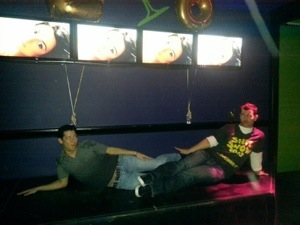 Idk why Taylor be smizing

She’s gonna write a song about this 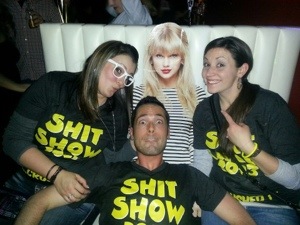 I think Tay may have given Danny a reach around. 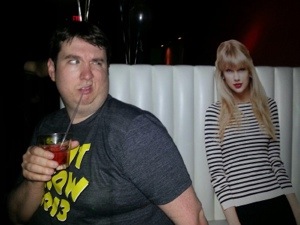 After the night in question I passed out on Alex’s floor. Nikki woke me up in the morning because her alarm was going off like crazy. I woke up and asked if we needed to be evacuated. She was like go sleep in my bed. I told her I would just recalibrate my body really quick. Slept till like 1. NBD. We got up and the three of us traveled to check on the pups and so Nikki could use the Jacuzzi. On the way there was this billboard of this little girl asking for donations to the Salvation Army. To which I said ‘That bitch doesn’t look homeless…she cold though’

Arrived at Brandi, Kayla and Danny’s abode for night two…

She was the trash lady…she already had five pieces 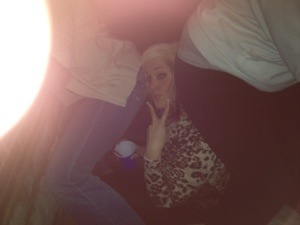 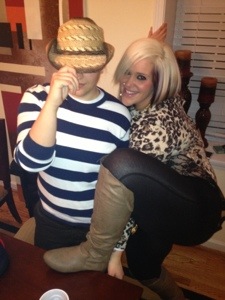 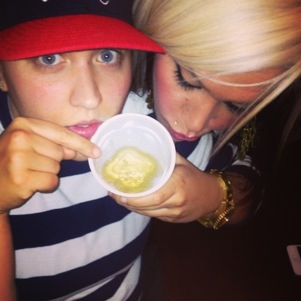 ‘Make sure you get the ice chips’ ‘He’s not gonna do it right’ I don’t get what’s so special…I don’t see Jesus in this cup.

Once again with the stretching 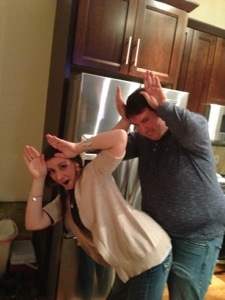 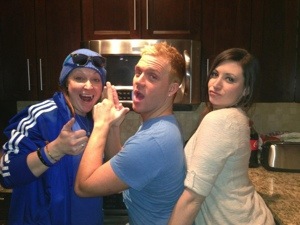 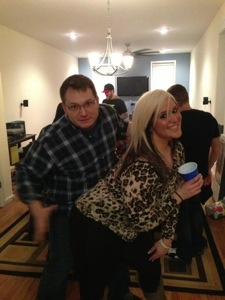 Alex managed to pass out at midnight. At two I was ready to go. By three I was over it I sent Nikki to wake him up so we could go. Casey went with her. Nikki comes back alone and was like don’t be mad but Casey fell asleep in the bed too, we have to get them up. I left…what the fuck is that room laced with poppies?

Don’t forget to pack your shit show band aids when you go out on the town!