It began with a lie.

It was discovered that I could slightly carry a tune. Once the secret was out it wasn’t long before I was told I needed to audition for the musicals at school. In a state of panic I said –

‘I can’t I’m working at a summer camp’

So untrue but because of said lie I then had to go get a job at a summer camp, I mean why would I confess?

So I applied on a generic summer camp website. Plugged in my interests and literally within two minutes of posting my application I was flooded with emails. After ten minutes calls started coming in. I was very particular when looking at places. I had to make sure that the pay was worth it. I wanted to make sure I could live there. Most importantly I had to make sure it was a place where memories could be made.

Some of them were definite no’s right from the start.

Now that helped narrow the field tremendously. Next was money, I’d obviously have to travel so this wasn’t going to be cheap. The one that ended up offering the most money was Camp Tanuga in Kalkaska, Michigan. After one very long phone conversation, that I believed to be the interview but wasn’t, my mind was made up. So after the real even longer phone interview (Thanks Ron) I accepted the position of Drama Specialist (figures)

I booked my plane tickets and suckered my mom into buying me a bunch of clothes. I spent probably close to three days trying to pack for this adventure. All in two large suitcases and a big box to be shipped a few days early so it would be there waiting for me. The suggested list of things to pack was so small. Suggesting I only bring a weeks worth of clothes and do laundry once a week.

Don’t make me laugh! I packed almost everything! and then three more things!

The day I was set to fly out my BFF Jenny came over at 5:30 in the morning to say goodbye. This mind you was the first time I’d ever seen the girl without makeup and wouldn’t you know it she still looked perfect. At the airport my mom probably would have walked me all the way to the gate had I not hugged her and told her to leave before she made a scene.

My flight was bumpy. While in Chicago I met up with Michelle who would be our camp nurse. We had a nice lunch and then boarded our flight to Traverse City. Thank god we had things in common! It was nice knowing I was going into this with a person who would be a friend.

There was another future counselor on the plane named Arin. We discovered this after Michelle and I yelled out the word Tanuga after noticing how many young people were on the flight. I will say however that the plane ride was both majestic and scary. You could see Lake Michigan the entire time in all of its beauty; however you could see the lake the whole time meaning that the plane really didn’t go very high. This was the first of many Oh No’s!

Once we landed and gathered our belongings we were ‘greeted’ by Heath. He didn’t use words simply gave us a nice hand motion to follow. Oh No!

We got to the van which already had a passenger named Natalie in it, nice girl very quiet. She reminded me of Natalie from The Facts of Life. 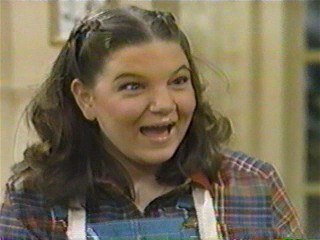 Once we got everything jam packed into the van. Literally all luggage and us sitting on top of each other I thought to myself. Oh No!

The drive through Traverse City was great the lake was absolutely beautiful. It was warm out and looked like such an amazing place to vacation. Then we took a turn through some country/mountain/forestry roads when it donned on me this was happening. I was about to work at a camp. Oh No!

Once we reached Kalkaska I was almost ready to reboard the plane. This was not city living that I was accustomed too. Yes there were restaurants and civilization but being from right outside of Saint Louis. I had never experienced a small town of this caliber. Oh No!

We drove past a place called Kiootee’s and Heath spoke for the first time. “That’s where we go drink”. If you’d of been there, if you’d of seen it I betcha you would have done the same. Oh No! 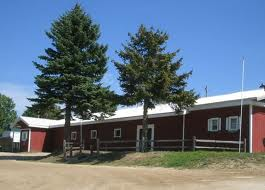 We turned onto Camp Tanuga Road. It was a dry dirt road that kicked up dust no matter how fast you drove. Oh No!

We pulled up to the main office and were directed to our cabins. Speaking of the cabins I couldn’t tell you what I was expecting them to look like but this wasn’t it. Oh No!

I took my stuff into the staff cabin I would be sharing with 9 other guys. It smelled like feet and bad B.O. It may have actually been the smell of axe, I’m not really sure. Almost all the bunks were taken and I had no room to unpack my clothes. There were spider webs and the floor was incredibly dirty. Apparently my cabin mates weren’t big on cleaning. Oh No!

I met Casey Coden while walking across the athletic field. She’s like Tanuga royalty. Our first conversation went like this –

“Are you Wesley I was looking for you’ – Casey

I knew we would get along just fine.

The camp was beautiful after the staff cleaned it up from the off season. Wesley expected to roll up to luxuriously cleaned cabins and nature. He was wrong. Wesley apologizing to anyone who may be offended by his May 07 attitude.