Let’s talk about New Years Eve shall we?

Well after putting in a full 8:30 hours of work because I didn’t take an ‘actual’ break, I was ready to party. Thank God my friends decided we should start at 6pm cause bitch was thirsty.

Let me also throw it out there the Brandi, Danny and Kayla’s house is disgusting I hate it! But really it’s amazing(said in Nikki’s Britney impression). Also I would like to say thanks for the scrimps that shit was real good! Sorry you bitches couldn’t afford to eat chocolate last night.

When drinking with friends it’s important to remember to have class. You will see lots of classy bitches in the pictures ahead.

My thumb approves this message!

I think this is hilarious…just look at my face 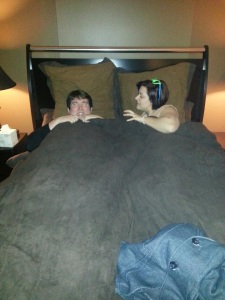 Such a raper Ashley! 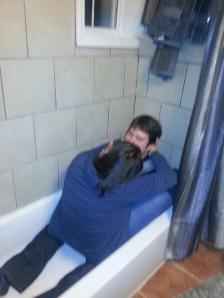 Who doesn’t make out in tubs? 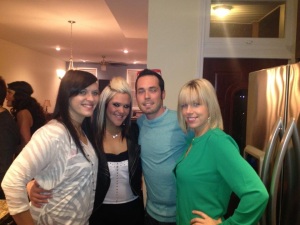 We needed to include the original outfit of Nikki’s

‘You’re allowed to have open containers this is Missouri’

The devil just comes out of me sometimes 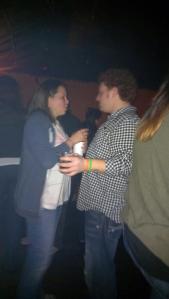 I mean DJ Beats Off you is amazzzzin

As evidenced by these photos one can see that I had an amazing New Year. However someone apparently slipped me some kind of sadness ruffies because I was a mess. While I’d like not to pull a ‘Charles’ and claim memory loss I seriously blacked out last night and it was so refreshing to not remember. Here’s some things I now know occurred. My bitch ass put up a crazy facebook status about being 75% suicidal. At the end of the day this is what’s up. I have a HUGE heart and sometimes I think too much about things. I can say with full certainty that I was upset because 2012 was truly amazing. I learned a lot about myself. Met some amazing new friends who will be in my future for a very long time. So who wouldn’t get a little sad-faced about it?

Here’s some things I do remember or have been informed of that I think are hilarious:

Nikki ‘losing’ her phone in the bar. Freaking out. Making Danny look for it. Only to find it in her bra.

Me threatening to break some knee caps if hearts got broken (Trust I could go straight up Misery on some bitches.)

Waking up to a swollen uvula because I slept with my mouth open.

Nikki’s two-minute bar visit turning into 15 minutes and her forgetting where the car was double parked.

‘Are my pants too urban for me, like is the color too urban’~ Me

I called a certain someone a twat.

All of that and I didn’t even dance once…ain’t that some bullshit. Here’s to the next one.